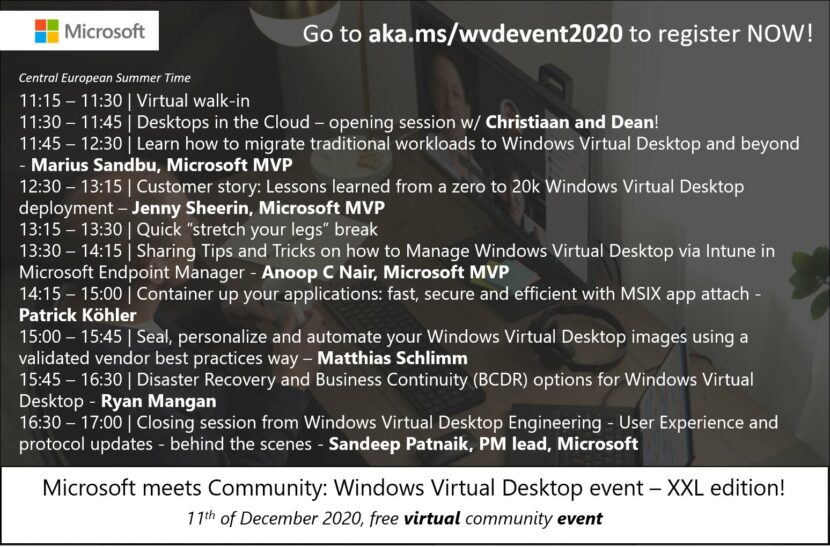 Welcome to my wvd news the week blogpost.

Today Microsoft organised the 3rd WVD community event with alot of great speakers and sessions. Thanks to all people who helped creating this event.

Imran Rashid has written an blogpost about FsLogix and the Application Masking feature.

Don’t forget to RSVP for this event with guest speakers Travis Roberts and Marcel Meurer.

Why to use GPU powered workstations in Windows virtual Desktop

Ben Martin Baur has written an blogpost about the topic if a GPU powered desktop improves user performance.

Patrick Köhler has written an blogpost about an office 365 activation issue he encountered with a user.

Marcel Meurer made another update to his tool. This time he added the option to add a host automaticly to an ASG.

Zoom announced the beta of the optmization plugin for wvd

Microsoft announced this week that on december 21 2020 all public ip parameters will be removed from the cerate and provision ARM Template.

Migrate to WVD and Beyond

Marius Sandby has written a blogpost about the he gave on the community XXL event.

See you all next week 🙂