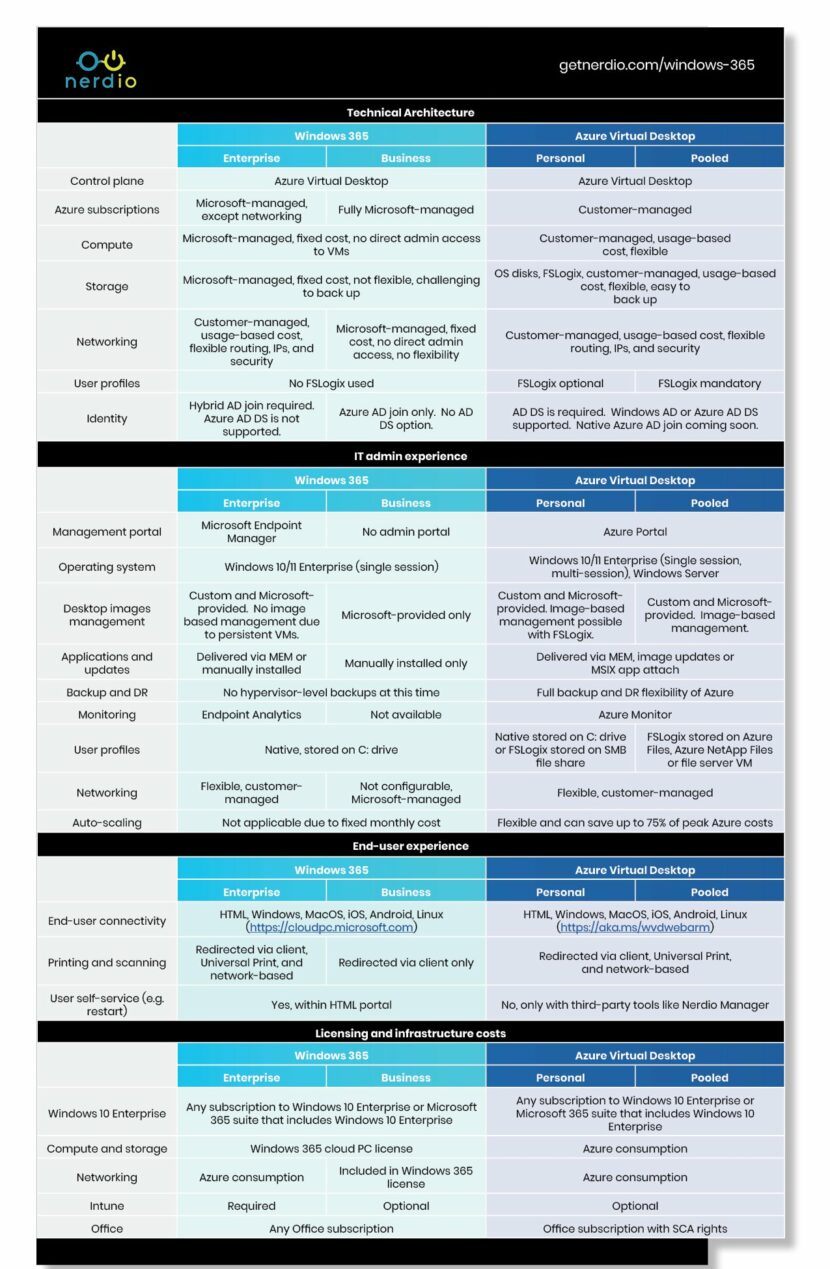 Hello and welcome to 4th AVD news of the week of july. Also this week we have some cool news from Microsoft and the AVD community.

If you want to know all the differences between AVD and the new Cloud PC than you really need this cheat cheet. Great work guys!

Stein-Erik Alvestad has written a blogpost where he talks about some DPI issues and scaling. Very nice article.

Sander Rozemuller keeps on creating AVD cocktails. This time he create AVD using the Azure CLI. If you want to know how that works, check out he’s blog.

Another blogpost from Stein- Erik Alvestad about AVD. This time he tells about an issue he had with AVD and the monitoring. A nice blog and can really help if oyou have the same issue.

Windows 365 How IT Works

If you want to know about Windows 365, this video is for you. Dean Cefola explains it all for you.

Also Travis Roberts aka Ciraltos created a video about the new Windows365 service from Microsoft. go and check out he’s video.

I wrote a blogpost about the new public preview with AAD Join. If you want to know how to set it up, look no further.

Also Amal Abraham wrote a blogpost about the new AAD Join feature from AVD. If you want to know how it works this is also a great guide.

The next video in the video series from Shabaz and Simon is out. If you want to know how to deploy hostpool, watch this video. They also have some cool swag to give away.

Marcel Meurer announced a small update for the popular WVDAdmin tool. you can now have the subscription name in front of the resources. Very nice feature Marcel!

How Nerdio Enhances the Provisioning & Management of NEW Windows 365

Bas van Kaam has written a blogpost about the added value that Nerdio will have with this new service from Windows365.

If you always wanted to ask the people who develop the service some questions, next week on the 27th is your chance. An ATE session with the team of Stefan Georgiev.

In the first video about the new AAD join feature Dean promised to create a video about pooled hostpool and yes here it is. Go and check it out because it’s a great video. Nice work Dean!

Thanks for reading and I’ll see you all next week. Enjoy the weekend!