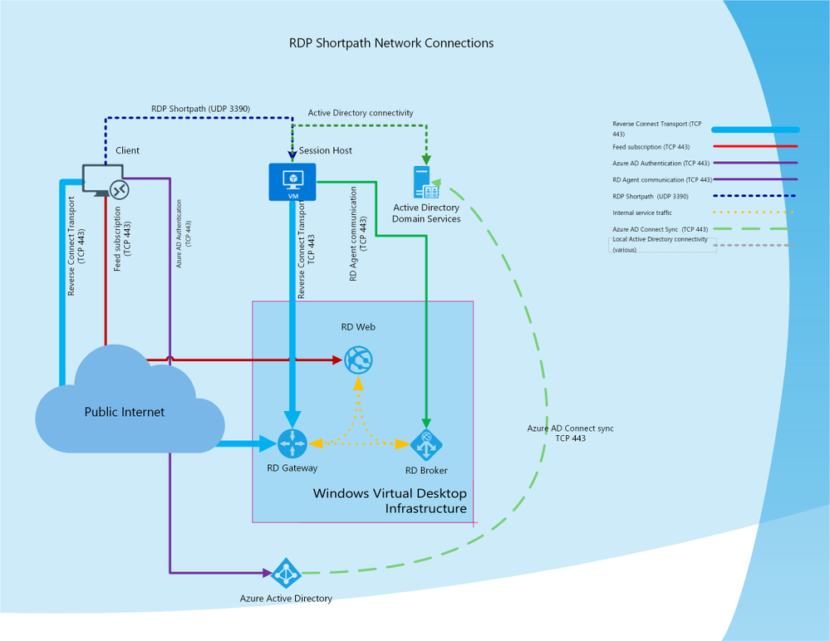 Welcome to my next WVD news of the week blogpost. I added some news from last friday because they were released just after my latest blogpost.

Ryan Mangan is releasing a e-book about MSIX App Attach. Go and reserve your copy at amazon.

One of the biggest announcement this week is the RDP shortpath through UDP. This is a game changer for customers.

Microsoft created a Form where you can provide feedback for the new RDP shortpath preview. Be sure to fill it in.

Project biceps is the next revision of the ARM template language. In this video they share the new features.

QoS for WVD preview has been released at the same time as UDP shortpach Microsoft.

Windows black screen when logging in

Microsoft released an update for Windows 10 1903 that adresses this issue.

Dean Cefola created another FSLogix video and again it’s a must watch.

Desktops in the cloud

Dean and Christiaan released the new Desktops in the cloud episode with Pavithra Thiruvengadam, WVD PM

The recording for the november event is live on youtube.

Marcel Meurer made another update on the WVDAdmin tool for the UDP shortpath. You can use a script to enable UDP shortpath on multiple hosts.

Stefan Georgiev announced the new version for this powershell module.

Thanks for reading my blogpost and see you all next week!