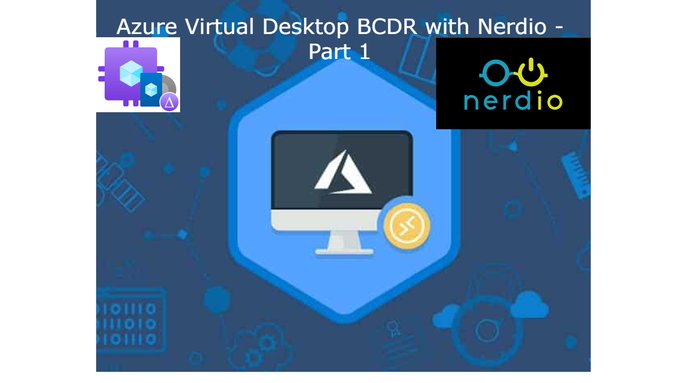 Hello and welcome to another avd news of the week, the 2nd of July 2022. As usual I gathered the latest news from Microsoft and the community so let’s get started.

Freek Berson recorded another video with GPU and with the RDP shortpath on public networks activated. If you weren’t convinced yet about this feature!

Microsoft released a new AVD desktop client version and this for all users. VErsion 1.2.3316 brings again alot of improvements.

I’ve started a new blog series about AVD BCDR and Nerdio. In this first part I talk about the image and the Azure Compute Gallery.

Shabaz Darr released he’s next video book review video. This time he is reviewing the book from Ryan Mangan. If you want to get to know AVD go and buy Ryan’s book.

Microsoft announced on Techcommunity that the custom ARM template file url ARM template parameter file urlparameters are going to be remoed. Instead you can use a Powershell script url.

James Tighe has written a blogpost about deploying AVD session hosts that are AAD joined and this while using Bicep.

What is desktop as a service (DaaS) and how can it help your organization?

Jim Moyle has written a nice article on how DaaS can help an organization. He describes the benefits of DaaS.

Have a nice weekend and until next week.