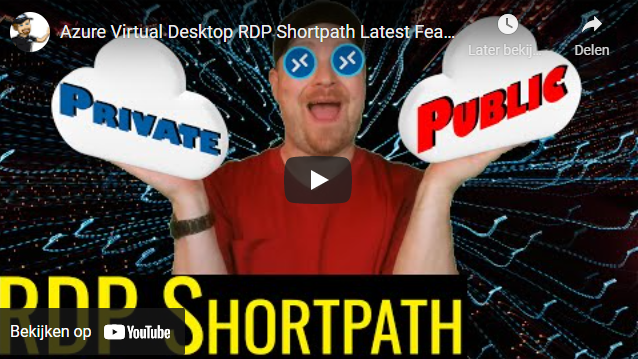 Hello and welcome to another avd news of the week, the 3rd of April. As usual I gathered the latest news from Microsoft and the community so let’s get started.

Version 1.2.3126 of the Windows Desktop client for AVD has been released to Insiders!

Microsoft released the new version of the AVD client for all insiders. Like always has included alot of fixes in this version.

Amal Abraham has written a blogpost about the RDP Shortpath feature for public networks. He also shows us how to enable the feature.

NME: WAYS TO LOGIN TO AVD

Dominiek Verham has written a blogpost showing us the different ways to logon to AVD with all the clients that are available. Also check out he’s previous posts about AVD and Nerdio NME.

That’s all the latest news. Enjoy the weekend and until next friday!