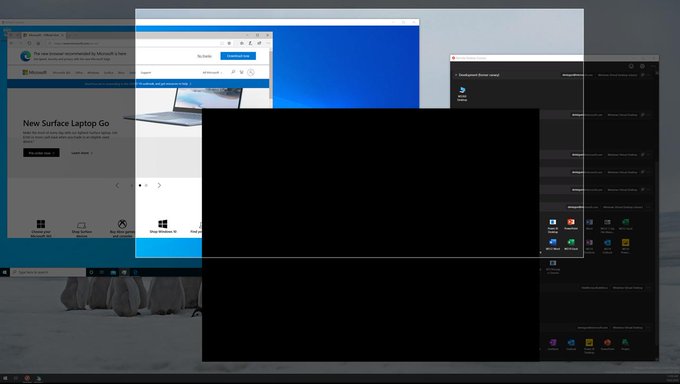 Hello and welcome to the first avd news of the week of september 2021. As usual I gathered the latest news from the community and from Microsoft.

Marcel Meurer has shared another update for he’s WVDAdmin tool. He again added some awesome features.

Microsoft announceed the Public Preview of the Migration tool to migrate from classic deployments to ARM. If you still have classic environments you can use this tool to migrate them.

If you want to check if Teams is correctly installed on AVD and windows 11, check out this blogpost from Anoop Nair. He explains how you can do it using SCCM 2107.

Microsoft announced that Screen Capture Protection is now generally available. When using this your environment will be more secure. Go and try it out.

For people who want to move session hosts to another hostpool be sure to check the blogpost of Sander Rozemuller. He explains you how to do it with REST API.

I wrote a blogpost explaining some ways to save costs on your session host compute cost because these are the highest costs.

Michael Mardahl wrote a blogpost about an issue he encountered when a user logged on and got a black screen. In the post he describes all the steps he took to fix the issue.

Nerdio released a new version in public preview full with awesome features. Go and try it out.

Mr T-Bone has written a blogpost where he covers the installation of Teams with the optimizations. If you missed he’s session from on the Workplace Ninja Summit go and check out this blogpost.

We started a new month so Microsoft released an overview of all the new things that they added to the service. Again a big list.

On the 14th september Microsoft is hosting an event where Pieter Wigleven will talk about some new features like Azure AD Join.

That’s it for this week, enjoy the weekend and see you next week!